Today we will talking about history of the visual inspection machine or automatic inspection and sorting machine for copper tubular formed components. 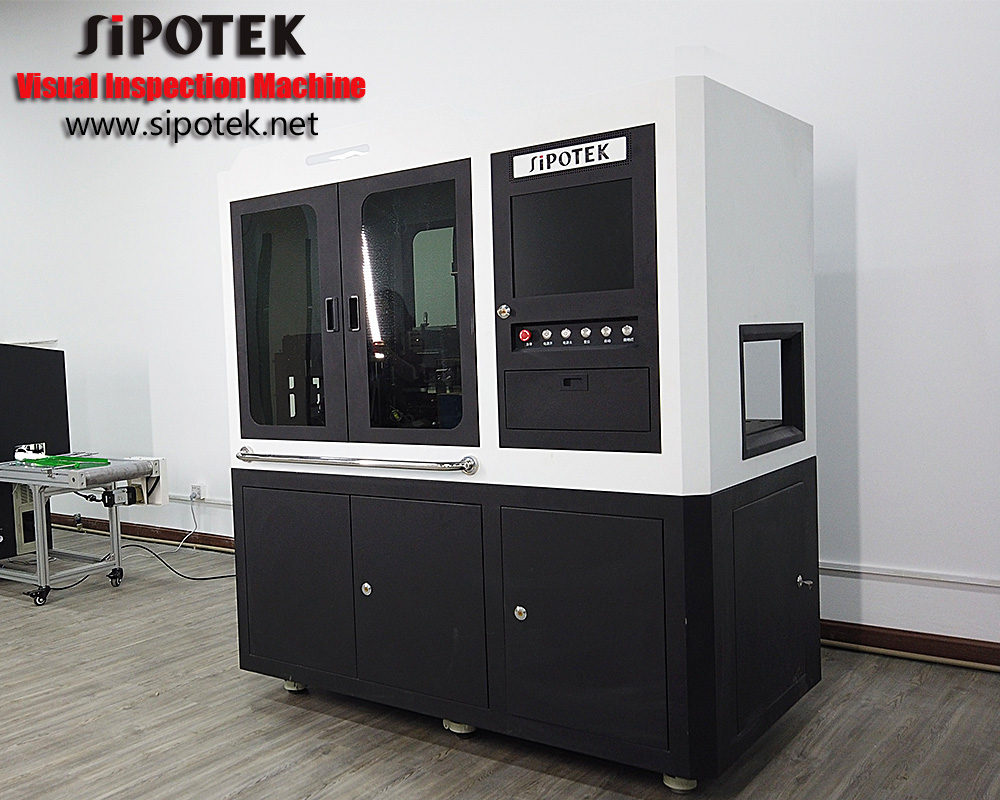 Since the beginning of time, human beings have always guided their steps according to their senses, this has allowed them to evolve continuously and has managed to create an infinite number of objects and devices that make our lifestyle easier every day.

The view has always been one of the senses most used by the human being.

One of the senses that is considered very important for human beings is the view, through this we can have a perception about the place where we are, as well as what is around us.

Observation is the most important tool for error detection.

In addition to this, the use of observation is an important tool for the advancement and development of different fields at a scientific level, but the human view is limited to seeing some things up to a certain size, and as we know, in the universe there are things that do not they can be detailed at a glance.

The need to observe a more detailed object, led to the creation of a machine capable of recreating the function of the human eye.

This need led people to create teams that allowed them to observe a certain object in detail, according to the needs of the person who performs the inspection. This is how the creation of the visual inspection machine came about.

A vision inspection machine is that device that allows people to locate some details and imperfections that an object may have and that the human eye is not able to perceive clearly.

Initially, the construction of each visual inspection machine had as its main idea faithfully imitate human vision, that is, create a machine capable of recreating the functions of the human eye to use it in different ways for their benefit.

An improvement was included with each version.

After creating the first versions of these machines were added many more functions, which would allow in the future to accurately detail the characteristics and defects that an object could present, this in order to classify them.

Currently the functions of these visual inspection machines are used in various industries, especially those that are dedicated to the mass production of certain products and parts of them.

For manufacturing products in large quantities, these companies used people who were responsible that each of the pieces that would go on sale to meet the standards set by the company as acceptable, however, the manual process was quite late and in many cases imprecise, for which the use of artificial visual inspection was adapted, where the machines replaced the functions of the operator.

This method greatly benefited the manufacturing companies, since they not only did the work in the shortest time possible, but also were able to detect imperfections at large and very small scales, defects that the human eye would not notice, are also capable of detect if a product has an electrical defect without the need to test it. These machines completely revolutionized the industry.

For more about automated vision inspection systems for manufacturers,you can pay a visit to sipotek at https://www.sipotek.net

Started in 2002, Sipotek Technology is located in Shenzhen in China. The company designs and manufactures visual inspection systems with its avant-garde R&D department and a great experience in artificial vision technologies. The Sipotek Technology staff supports customers 360 degrees automatd optical inspection(AOI), from listening to their requests to the development of ambitious machines for quality control.

Automatic soldering machine and other soldering methods from china manufacturers

Wave soldering is a versatile process automatic soldering machine because simple connections can be made with wave soldering machines, eg. As the insertion of a board and its components in the shaft or complicated seams, as many machines can work with CAD and CAD... read more

A visual inspection machine is an object that was created to detect anomalies and faults in certain materials that are subjected to its scanning, for this reason, it is believed that they can be placed in any part of the factory and even then they could... read more

On HVAC jobs, the big payday is when you get to replace an entire system. There are lots of simple fixes –some temporary and some permanent –that can be used to save customers a whole lot of money. One of these is the use... read more

It is as a result of the fact that different technologies have been merged together, that system designs can be custom made according to the requirements of various industries. Therefore, many companies can take advantage of this advanced technology for quality control, sometimes even... read more

An Automatic Screw Feeder is, by design a very easy tool to use, that requires some basic understanding. Operators also called a Screw Feeder, a Screw Presenter or a Screw Dispenser and what it does is to replace whatever container is used in the... read more

Do images taken from machine vision inspection cameras remain the same throughout the process?

Ultrasonic welding is a process by which the high-frequency vibrations of an ultrasound are applied to a work piece that needs to be welded together. Pressure is added to the parts and they are held together until they accomplish what is referred to as... read more

What are the capabilities of a automated visual inspection system?

In industrial and manufacturing environments, the visual inspection machine is a type of machine that allows you to automate the inspection of different types of parts. The purpose of these machines is to increase the efficiency of these production and inspection processes. In this... read more

It is never easy buying welding equipment like welding rotors. Nevertheless, these machines can damage your workshop equipment. If you work in heavy duty industry, you must regularly install cylindrical tanks and piping applications in your industrial plant. Traditionally, cranes had to be used,... read more