Auto Screw Feeder System Reduce Feeding Time With Industrial Automatic Screwdrivers
In the manual installation process of a screw, an assembler has to retrieve the screw from the bin. The assembler is expected to get the screw aligned with the hole. He is then expected to engage the bit with the help of a fastener. This is a very long method of approaching something as basic as installing a screw. If you use an auto feed screwdriver, you will not have to undergo all that process. The auto feed screwdriver cuts out the unnecessary steps and goes straight to the main work step. All the operator only needs to do is to put the driver over the locations where he wants them fastened.
If you use auto feed screwdriving machines with DC drivers, you will be able to get better control over the operation of your assembly. You can control the fastener speed, the torque, the tightening direction, and the rotation angle. Furthermore, these parameters can be adjusted throughout the whole process of screwdriving. 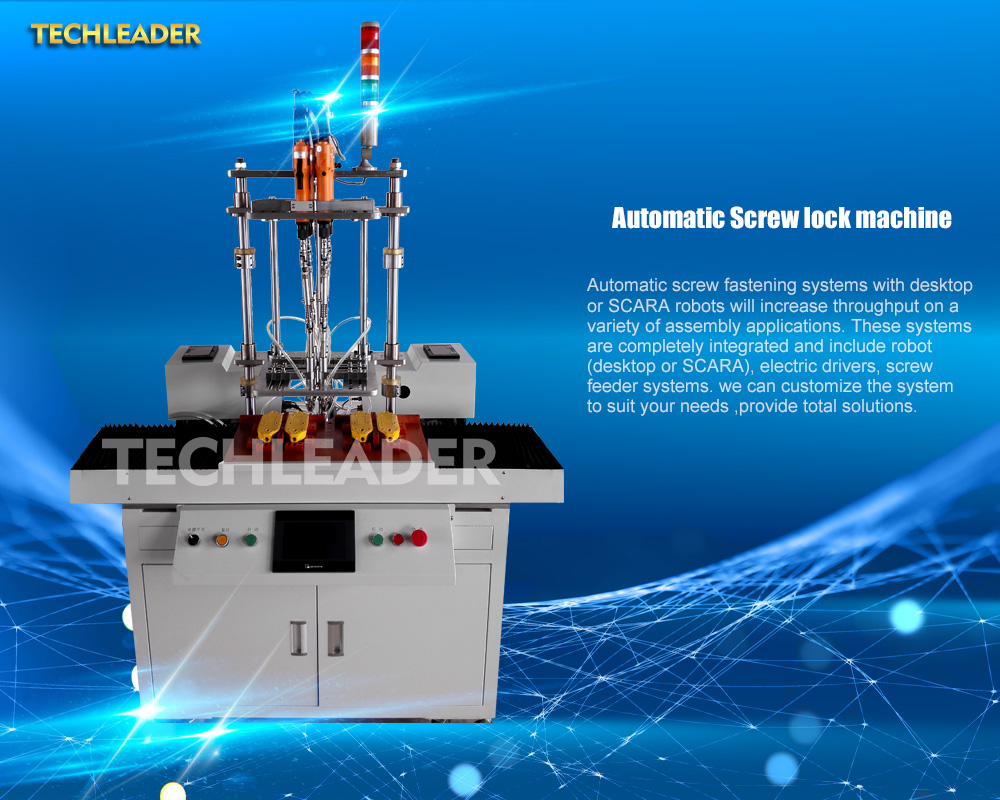 The meaning behind autofeeding
As a broad term of description, it is means a method of taking the fastener to the bit, instead of manually doing this or manually beginning the fastening process. Traditionally, the term is used to describe blow feeding, which inserts the fastener into a tube. It then blows it with the use of air from the receiving feeder down to the chucks. The term can also be used to describe the pick and drive method, which uses the vacuum to get the fastener sucked up from the feeder straight into the driver.
Based on reports and testimonies from industry experts, the blow feeding process is one of the most flexible and fastest methods of fastening screws. However, this cannot be said about the pick-and-drive machines, because the driver has to be moved to the position of picking, pick up the fastener, and then take it to position for driving.
Operations involving screwdriving are widely known to come with great repetitive stress. Even in the case of the handheld screwdriving mechanism, the autofeed cuts out the part where the operator has to pick up the screw and put it on the driver. The handheld screwdriving system is pretty much faster than all known manual operations. It is known that autofeeding equipment has many advantages over different other screw feeding alternatives.
Systems that employ the autofeed technology are known to be faster and more efficient. They are ergonomically superior to their manual screwdriving counterparts whereby an operator is responsible for physically loading and driving the fastener to get the required work output. However, if an automated system is used, the possibility of the operator dropping the fastener is promptly eliminated. This helps to reduce waste and subsequently improve the quality of the process.
Auto feeding systems are very popular, and their benefits have been widely recognised the world over that numerous assembly plants are now adopting it to streamline their production lines and improve efficiencies across the board. In most of these assembly operations where the technology has been deployed, the autofeed screwdriving system is seen as the most superior solution to improve the assembly plants and its processes. In terms of a long-term opinion, the system has recorded significant returns on its investment every year.
Based on a report by experts, the autofeed systems are about 50 per cent more effective than the analogue screwdriving processes.

The technology is indispensable in assembly plants where it is critical to keep count of completed fastening processes. This is ideal for such industries like the automotive or the aerospace applications. Autofeed system is a technology that is used to provide traceability to make it for all fasteners to be counted after a setting operation. This process offers a significant streamlining of the general assembly process.
Additionally, autofeed technology is also useful in helping to improve the screw location functions of an assembly plant. For instance, a machine parts can be set up in such a way that it can centrally align the screw in the countersunk hole location even though the machine parts that are being assembled have not been predrilled.
Furthermore, the innovation behind automatic screwdriving technology offers further benefits. These screwdriving machines also come with features that provide depth control functions. Technically, this means that accurately controls the depth of the screw in applications whereby the torque action does not drive the screw. This depth control function is also useful in applications in which there will be damage done to the components being joined when the screw gets driven extremely too deep.

Get the right screw size
But there is something about this automated process. There is a limit on the size of the screw that can be fed successfully. For example, the proportion of the general length of the screw and the diameter of the head has to be more than the 1-to-1 ratio. This is to make sure that the screw is correctly oriented while it is being driven into the feed tube. Additional to this, there is a certain limit to the physical size of the screw being driven too.
If you have a screw that is not sufficiently long, it will certainly tumble when it is in the chuck or the hose. There is no way you are ensured of a proper orientation when it reaches the chucks. The general rule here is that you have to make sure that the total length of your screw is about two times the size of the head of the diameter of the screw. 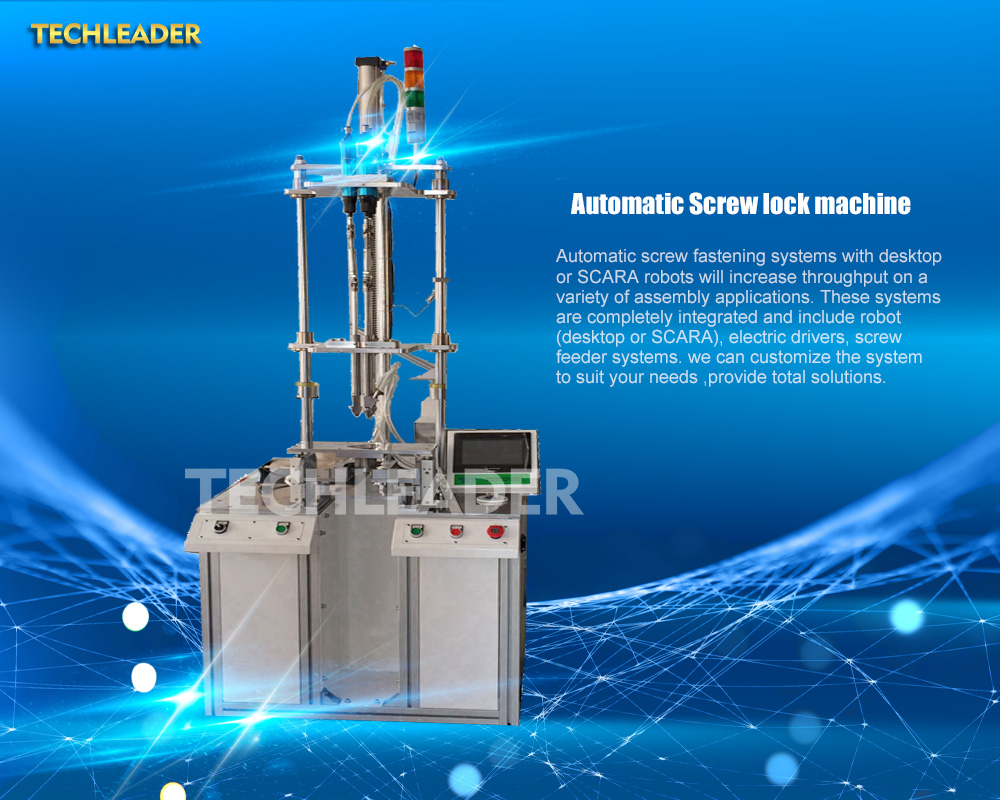 The automated screwdriving machine is a one-stop solution.
Whereas some screws tend to be problematic to the system, all screws are easily fed by the automated system, including all screw coatings. One limitation to this basis is the fact that the fasteners are unable to be oiled up or magnetised.For more about auto screw feeder system and  industrial automatic screwdrivers,you can pay a visit to automatic screw feeder machine manufacturer Huizhou Shengyang at https://www.automaticchina.com/about-us/ for more info.

The Automatic Screw Locking Machine presented by Huizhou Shengyang Industrial Co., Ltd. is marked principally by the following features: The screwdrivers are small so the workers operating vision is not going to be blocked. The screwdrivers are not heavy at all, providing a comfortable sensation while... read more

The working process of the automatic screw tightening machine plus their benefits Due to the impact of industrialization, it is difficult to deny the tremendous role that machine has played in our daily lives. We have systems all around us that remind us of the... read more

What is the matter with noise of the automatic locking screw machine?

After experiencing national adjustment and reform, the manufacturing industry has revealed an innovative side. While the company is constantly pursuing development, the extrusion of labor costs has caused more and more enterprises to use automated equipment instead of manual operations. The automatic locking screw... read more

What are the requirements for using Automatic Screw Locking Machine

Automatic Screw Locking Machines have many advantages regarding enhancing efficiency, precision, and stability, and for those reasons more and more companies are trying to bring them to their assembly lines, thus, automating them and positively increasing the levels of productivity. However, one thing potential... read more

Using An Automated Screw Driving System With Automatic Screwdriver By Yourself

Using An Automated Screw Driving System With Automatic Screwdriver By Yourself There was a time when people use to call for a handyman to take care of numerous chores around the house or in workplaces, offices, factories etc. A house call had to be arranged... read more

An Automatic screw locking machine work wonders when they are installed as part of a Company’s Automated Assembly Line, the improved productivity times and efficiency. When a Company is looking to make the transition to an Automatic Screw Locking Machine they are faced with the... read more

There are different devices that can be used in the automatization process that reduces the time of manufacturing an item and it gets low cost of producing it. There is also the risk of generating protest from workers as they feel threatened by these... read more